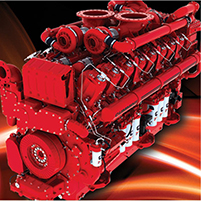 Cummins is a global power leader that designs, manufactures, sells and services diesel and alternative fuel engines, diesel and alternative-fuelled electrical generator sets, as well as related components and technology. The organisation has a network of 500 company-owned and independent distributor facilities and approximately 7,500 dealer locations in more than 190 countries and territories.

Parsotham took forum attendees on a journey through the Cummins PMO transformation, explaining that the organisation’s Africa Middle East PMO covers 68 countries and six geographic regions, including Middle East and North Africa (MENA), East Africa, Nigeria, Central Africa, and Southern Africa. Facility projects per country are managed virtually across the region, with most managed – at least initially – from South Africa.

“The global perception that African PMOs are low in both maturity and competence is incorrect; this is simply not the case,” she stated. “As an example, the Cummins Africa Middle East PMO has accomplished so much over the past four years, and, through the PMSA PMO of the Year award, we have received the recognition for our achievements and collaboration from our internal stakeholders. This was a huge accolade both locally and internationally.”

Parsotham outlined Cummins’ PMO growth story, starting with its establishment in 2014. “These were humble beginnings, with only two team members, where the priority was to implement a PMIS and establish a basic project methodology. The rollout of a PMIS tool at this point was non-negotiable, and – due to my previous experience with the PPM tool – we opted to implement PPO.”

The following year, the PMO headcount grew to three members, with a strong focus on stakeholder buy-in and management. This was achieved through one-on-one sessions and focus groups, where PMO advocates were coached.

In 2016, the now five PMO members concentrated on embedding project management disciplines throughout the organisation, and continued with stakeholder education via knowledge sharing sessions and roadshows. “We also developed a handbook, which was a collaborative effort by stakeholders, who were becoming increasingly invested in the PMO.”

During the next two years, the team (which had grown to 10 members by 2018) had begun to take on business projects, issued its first PMO value report, forged a partnership with the finance department, and gained membership on the global capital council. “During this time period, we also introduced change management, formalised a PMO internship programme, and started portfolio management.

“Over 2019, the PMO has continued to transform, realigning to organisational changes and business needs, while focusing on creating more value from process standardisation,” Parsotham added. “In the past year alone, we have delivered a large facility programme (comprising eight sub-projects), five facility projects, one business programme (with 13 sub-projects) and five business projects, totalling a value of $22 million.

“From a cost management perspective, there was a cost variance saving of 0.64 percent across the entire active project portfolio, illustrating the maturity of our budget planning and cost management processes. The PMO has saved Cummins a total of $2.2 million, as a result of supplier negotiations as well as value engineering of scope and budget.

“Furthermore, only eight percent of risks logged have materialised into issues. There is 6.4 percent progress variance on the active project portfolio in terms of time management, and 92 percent of the benefits tracked to date are forecasted to be achieved.”

One of the key focus areas to achieving these successes has been stakeholder buy-in, Parsotham explained. “Over time, we have established champions at various levels within Cummins, positioning the PMO as a strategic partner to the business. We have three stakeholder levels: executives and project sponsors; project stakeholders; and the finance team, and over time have consciously translated ‘PMO jargon’ into business language, and simplified reporting (mirroring finance reporting for familiarity, and reinforcing the value of the PMO as an investment). The PMO also regularly shares successes and gives due recognition to departments.

“Related to this point is that we look at the impact that the PMO has on the business, instead of providing project statistics. Here, we really marketed the PMO to the rest of the organisation, providing information that is both qualitative and quantitative. We’ve also highlighted the value added to the organisation, and made intangibles more tangible.”

The next factor, according to Parsotham, is project governance. “This is where PPO has played a key role, as the tool essentially enables the success of our project managers. Each project is listed within PPO, including all relevant documentation, and risks/ problem areas are flagged. Our weekly 30-minute governance reviews, documented by the PMO team, have really helped with team accountability and cohesion.

“From an innovation standpoint, it is important to think outside of the box,” she said. “The main challenges for the Cummins PMO were capacity and stakeholder buy-in, so we looked at creative ways to solve these. Our project handbook, for instance, played a key role in educating stakeholders and gaining their buy-in. The resultant benefits have included the faster on-boarding of project managers, collaborative development, and improved stakeholder commitment.

“Another innovation was the establishment of the internship programme, which has played a significant role in educating stakeholders, creating PMO champions, and easing team capacity constraints.”

Finally, Parsotham pointed to PPO as the Cummins PMO’s answer to rolling out an effective PMIS. “The important point here is not to utilise all available features upfront, as these can also bring complexities early on in the process. We opted to implement the vanilla version of PPO initially, with a focus on cost and time management, then adding benefits reporting and so on as the team and organisation matured. PPO has helped us to remove barriers to success, as it is extremely easy-to-use and can be implemented with basic training.”

Parsotham stated that, over the past year, the Cummins PMO has realised many achievements. “The Africa Middle East region’s financial year end (which included the auditing and consolidation of 13 business entities) was managed as a programme for the first time in collaboration with the finance team, with a milestone on time completion. Another significant win for the PMO was the fact that our second largest facility capital investment programme in Johannesburg was delivered in time and within budget, despite scope changes.

“It has been most gratifying to see our corporate facilities team acknowledge the PMO as a best practice,” she concluded.

“Cummins is an excellent example of how an organisation can mature its PMO processes, using technology to underpin its growth and development,” added Guy Jelley, CEO and co-founder of Project Portfolio Office. “The Cummins PMO also illustrates how an easy-to-use PMO technology is able to support you in your maturity journey, without the distraction of all of the bells and whistles. PPO is proud to have played a role in Cummins’ PMO transformation.”