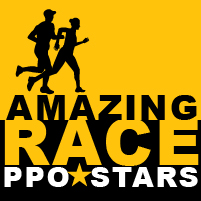 Project Portfolio Office’s (PPO) recent “Amazing Race” was an adventurous quest and treasure hunt with a technological edge. The hopeful teams made their way to iconic Pretoria Zoo in a minibus taxi each with a goal to finish as the number one team. But before the race could begin, teams loosened their limbs with some Kung Fu Yoga which guaranteed fits of laughter.

At the start of the race, the excitement was palpable. The PPO stars were eager to start competing and it seemed like they had been training for this for months. Each team received an “Amazing Race” ticket with access to the zoo’s golf cars and cable cars. The mission was for each team to capture interesting photos of the entire team with backgrounds such as elephants, sharks and even Superman. As the teams raced from one location to another, they had to solve clues and navigate the throngs of the zoo’s visitors in limited amount of time with imagination and creativity.

This was a day that definitely rewarded teamwork, out-of-the-box thinking and taking calculated risks. The team with the most original photo was crowned the winning team.

Unlike the Amazing Race TV show you don’t have to put up a large cash prize for the winning team. We make sure that everyone will feel like a million dollars by the end of the day with a traditional South African braai! 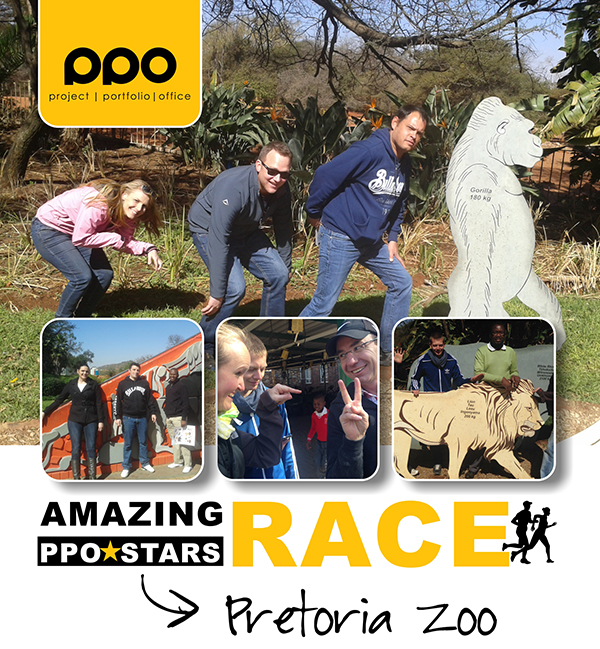