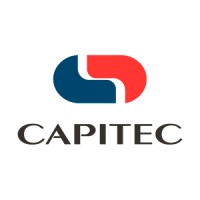 The project management office (PMO) of Capitec Bank has been announced as the overall winner of the 2021 South African PMO Awards. The South African retail banking company beat three other semi-finalists to take the title, namely runners up PSG, as well as Nedbank Insurance and Alexander Forbes.

“South African PMOs more than measure up to their global counterparts, as underscored by the success of local entrants into the PMO Global Awards over time, and Capitec is an exceptional example of South African excellence,” says Guy Jelley, CEO and co-founder of Project Portfolio Office.

In her first year as chair of the South African PMO Awards judging committee, Dalene Grobler notes that the quality of submissions from entrants for 2021 was exceptional, echoing Jelley’s positive sentiment.

“Our local PMOs are growing and evolving on an annual basis, and our judges have confirmed that the 2021 participants proved themselves to be innovative, mature and to add great value to their organisations as centres of excellence.

“What the judging panel found was that not only are our South African PMOs competitive, but they are also at the same time incredibly willing to share knowledge and experiences with one another, with a view towards building a stronger community; one that recognises the successes of others. In turn, the award applicants gained from the learning experience offered by the submission process, taking advantage of direct access to a level of expertise and practical advice that is not easily found on a regular working day.”

As the winner of the local leg of the awards, Capitec will now be entered into the annual PMO Global Awards, run in conjunction with the PMO Global Alliance (PMOGA), the largest global community of PMOs and PMO professionals, with active members in more than a hundred countries.

Having been established in 2006, the Capitec PMO has seen multiple changes, both within itself and the greater organisation, pivoting every time in response to organisational requirements, clarifies Jacqui Richardson, Head of Enterprise Portfolio, Project Office and Agile Practice Office from Capitec, explaining that this year was the perfect time for the bank to enter its PMO for the awards process.

“Starting out with an IT focus, the PMO now enables the business. We’ve undergone a major structural change, recently forming autonomous product teams, which will include project and portfolio managers into the product lines. This is a big change in structure for the PMO in that we’re putting the governance into the hands of our clients essentially, while providing the best practices as a centre of excellence and hub of knowledge, but it felt like the right time to recognise where we had started and celebrate how far we have come.”

Capitec is also undertaking a change in leadership structure within the PMO itself, with Adriaan Bakker taking over the reins from Richardson, further reinforcing the importance of the timing of the competition. “We wanted to use the PMO Awards as a learning experience and use feedback received from the judges during the round,” adds Richardson.

Says Bakker, who is now the PMO Enterprise Portfolio Manager: “For any organisation, it’s a natural phase to reach a growth point where it becomes important to build out and support autonomy. Thereafter, what’s critical is to protect against the formation of siloes within the organisation.

“Thus, our focus as a PMO is to support this movement towards autonomy, but at the same time to build a framework that will foster transparency between the different areas of the business so that there are no overlaps between departments, where there could be opportunities to leverage off one another instead to drive efficiencies.

“The awards came at an ideal time for us, as with any change there is always uncertainty and questions, and the entrance process gave us a chance to engage and communicate with our team members, receiving feedback from them, and reflecting back with them,” he says.

“We’re in the business of change so as a PMO, we need to look at what our stakeholders need and take this on board. Thus, the involvement of key stakeholders, from our CIO to risk executives, in the award information gathering stage was important, and hearing about the added value from their perspectives has been very encouraging.”

Richardson agrees, adding that, despite the PMO team being so busy, the award submission process was seamless, and proved to be of great value. “Putting all the information down on paper was very beneficial. We had to stop and properly reflect on our journey and the impact we’ve had within the business; it was a great format to do this in.

“We’re still trying to process the fact that our PMO has won the South African leg of the awards; it has been an exceptionally positive, powerful experience.”

“We’re riding the wave of the win,” Bakker continues. “The drive within our department is around building a professional brand, and the award speaks directly around the progress made here.

“Another important reason that we’re very grateful for the recognition and award, is that we were able to ask, ‘are we there yet?’ The answer is no, and we’re happy with this, as it proves that our vision is still years ahead. We’re doing the right things now, but there’s also the reassurance that we still have much to learn.”

Richardson’s advice for local PMOs hesitant to enter the awards?

“Go for it! We were uncertain too, particularly in light of the internal structure change, but Guy Jelley from Project Portfolio Office gave us the right encouragement, saying that we would learn from it, and he was right. What we found was that it’s not necessarily the challenge of winning that’s important here, it’s the value of entering.

“Another real benefit to this process has also been creating a network outside Capitec, fostering information sharing and understanding with other PMOs. Our journeys are not just important to us, they’re important to other local PMOs out there too, and knowledge sharing is critical.

“Take the time to be proud of the work that you’re doing and where you are,” she discloses. “This is particularly important for our South African PMOs, as it highlights that we’re doing well and achieving not only at the local level but on a global scale.

Named as the South African PMO of the Year runner up, PSG’s PMO came into being more recently – just two years ago, in 2019.

Zach Fuchs, chief project officer of PSG’s group PMO, explains that the organisation’s MANCO saw a gap in the company related to project management and identified the need to set up a central PMO for strategic operations. “Getting the portfolio management component right, in terms of key practice and focuses, was of particular importance.

“With a multi-year execution strategy in place, we’ve had an amazing journey thus far and wanted to showcase the value created by the PMO within the organisation over the past 18 months or so.”

The awards process was a constructive exercise for the PMO team, Fuchs states. “It allowed us to apply our minds, not only determining what has been implemented since the PMO’s inception, but also providing the opportunity to look at the metrics around our achievements, for instance, as well as considering our key performance indicators (KPIs), and more.

“The mentorship component of the awards was highly valuable, giving us access to a sounding board at that level, and offering team members great exposure, while allowing us to become closer than ever internally.

“We’ve been humbled by the recognition, and it’s allowed us as the broader PMO team to recognise the hard work put in over the past few years, and to round up our amazing achievements. We’re very proud of the fundamental value delivered by the PMO, and appeal to other local PMOs to undergo this process.

“Believe in yourself and get the right foundations in place,” Fuchs says. “And take a collaborative, collective approach with both your team and stakeholders. This has been the winning recipe for PSG.”

Says Jelley: “We would like to offer sincere congratulations to Capitec as our top South African PMO, as well as PSG and our other semi-finalists. All of the best to Capitec for the global awards next year – we look forward to elevating South African PMOs even further on the international stage.”

Interested in gaining both local and global recognition for your South African PMO? Visit https://www.go2ppo.com/pmo-awards/#pmoawards-nomination-form to find out how to enter or nominate a PMO for the 2022 iteration of the South African PMO of the Year awards.