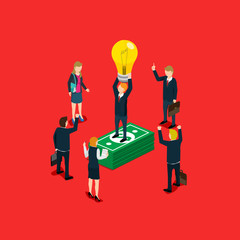 Trying to deliver a project without an engaged sponsor is like starting a voyage without a captain, crew, lifeboat or a route plan and that’s a situation many project managers find themselves in (present company included!) We all know that strong executive sponsorship can make or break any project but do we truly understand the effects of bad sponsorship? According to PMI’s Pulse of the Profession Report for 2016 (An Annual Report on the State of Project Management), actively engaged executive sponsors were “by far the top driver of projects meeting their original goals and business intent.” The same project management research also found that one in three failed projects can be directly linked to poorly-engaged executive sponsorship.

If you’re struggling to make sense of the fact that executive sponsorship can be a top driver of goal achievement, and yet also be directly linked to one third of all project management failures then you’re not alone. In project management 101 we’re all taught that your project sponsor is there to remove any obstacles that prevent the team from achieving the project’s objectives. But how do you know when you, as the project sponsor are the problem? And more importantly, how do you fix it? Now this can be a real dilemma for any project management team, but I think I’ve managed to recognise the behaviours of a bad sponsor.

Behaviour 1: Listen, I’ve got a pile of work to get through today so won’t make today’s SteerCom Meeting

Keeping a project running smoothly can be tough on a normal day (project management is not for sissies). So, imagine when you throw in things like a changing external environment, lack of resources, scope creep, etc.? Nothing is more frustrating for a project manager than sitting through a SteerCom meeting and struggling to get the support and co-operation of the project management team. As the name suggests, the purpose of the steering committee meeting, is for the project sponsor to steer the project through to success from start to completion, give strategic direction and support the project manager.

I’d like to believe that the project sponsor and project manager are in a partnership for the duration of the project. For this to be a successful partnership, the sponsor needs to be connected to the project manager and to the project team. And to do this, you absolutely have to be present! Meeting with the project manager prior to the meeting and specifically discussing what they need from you in the session is crucial. Reviewing the SteerCom pack and listing the talking points helps to keep the focus on those critical items.  If you’re a remote sponsor, too busy to meet to discuss progress or review status reports, then these are all warning signs that it’s probably time for you to make a change or walk away.

Behaviour 2: I need you to analyse, collect data, analyse more, and search for more data of all 10 scenarios before I can make a decision

No decision is worse than a bad decision! If you’re a project sponsor delaying a decision, you’re inevitably delaying the work needed to deliver the project. Guess what? Spending more time gathering information or convincing yourself that the data is inconclusive is unlikely to help. Listen to your intuition and make the call, nobody is going to do it for you. Even with a bad decision, the project team can plan the execution, understand the risks and develop mitigations if the cracks start to appear.

Project managers are always willing to share their views so use this to your advantage. Ask for proposals and get them to explain the limitations of each option. In my experience, detailed explanations and logical counterarguments might not get you to the right decision, but it will definitely lead you to an informed decision. If you find yourself avoiding making even the simple decision (like approving project management documents) then you have a problem. It’s a matter of time until it reaches critical status and you’re heading for real trouble (and so is your project).

Behaviour 3: I have no idea what success looks like but I’ll be sure to hold you responsible when I don’t get it

Are you a project sponsor that is often surprised when the deliverables aren’t what you expected? Wanted a rollercoaster and got a swing instead? Then chances are that during the project management process you haven’t spent enough time defining what success looks like at the end of the project.

Resist the urge to go with the generic list of defect-free products, improved partnerships, and happy customers and instead spend the time during the project definition workshops to understand project success and how it will be measured. If you haven’t had a chance to complete this sentence, “I will consider this project a success if…” then it’s likely that you and the project team have no idea on what success looks like and I doubt you’ll ever get there.

It’s just not enough to be assigned in name as the project sponsor on a project. You must be the right person for the job, with enough capacity to do it right. At Project Portfolio Office (PPO) our project management methodology defines what a sponsor’s responsibilities are, what they are involved with and what authority they have. By having this, it will serve as a reminder to you of what your project team’s expectations are of you and increase the value of project management in your business 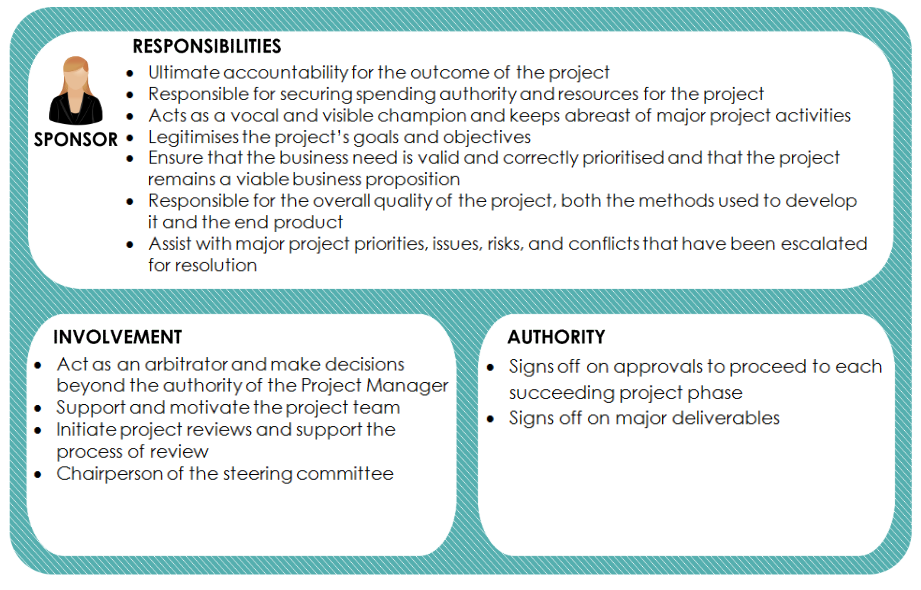 There’s a lot more signs than these 3 that show when you’re being a bad sponsor but I thought these would be a great place to start. Spend some time thinking back to the last few projects and you might uncover why the project team was hampered from delivering successful projects!

Or maybe, I’ve got it all wrong and guilty of deferring the problem! Share your project management experience….

1 thought on “3 Signs that you’re Being a Bad Project Sponsor!”