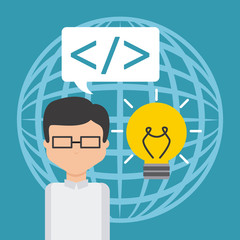 I’ve never liked the waterfall based model for IT project delivery. Even 20 years ago, it was obvious that a linear approach just didn’t work well when you didn’t know what it is that you wanted to build or how to go about it.  It didn’t work for the large scale data warehouse projects that I was working on at the time nor the software development projects that I was involved in later. These projects almost always overran and the pressures on the teams were horrendous when the release dates loomed.

Way back in 2001, I started using a technique called time-boxing for the projects that I was running. The basic idea is that instead of trying to plan out the entire project, you rather use an iterative approach. You start off by picking a period (your time-box), say three months and agree what it is that you can reasonably accomplish in that time frame.

One of the key features of a time-box, as the name implies, is that the end date or release date is inviolate. If you realise that you are going to over-run then you start dropping items from the scope of the release rather than changing the release date. In a perfect world this meant that we always released on time, the development team didn’t have to work overtime and we got the majority of the high priority items into each release. Everybody’s happy…right?

There were however a number of problems with this approach.  First, 95% of the time our estimates for work items were spot-on (in fact we usually completed the items in less time since we were being conservative). The problem was however with the other 5%, because generally with these items we didn’t just get the estimate wrong, we got it wildly wrong (we are talking about 5 – 10x longer)! We put various processes in place to try and mitigate these including midway checkpoints (i.e. when 50% of the estimated time has been spent we re-estimated the work item).  If there was a big disparity we made a decision at that point whether or not to defer the item to the next iteration.

The other problem we found was that because we started working on the highest priority items first, technical work including architectural changes and getting rid of technical debt tended to get left until last and then dropped from the scope of the iteration. To address this, we implemented what we called a tick-tock development cycle (a nod to Intel’s model of alternating manufacturing improvements and processor improvements). We would therefore do a user-facing iteration and follow that up with a “technical” iteration.

Finally, even though we could move items to the next iteration, we still found that there was a crunch towards the end of the release to get everything in by the “dev complete” cut-off date.  We also saw that when we got to our final QA and integration testing phase (typically the last week), we often battled to get the QA done or we identified serious problems which resulted in a lot of rework or worse, having to shift an item to the next release that we were sure was ready to go!

Although the time-boxing approach described above worked fairly well, we felt that we could do better.  Intuitively we felt that reducing the size of the time-boxes would address some of the challenges that we were experiencing. This was about the time that Agile and Scrum started becoming all the rage and we saw a lot of what we had been doing and the pains that we were experiencing addressed in these methodologies.

We therefore changed our time boxes to 2 weeks. This was a big mind shift! Two weeks is not enough to get a major piece of functionality into production.  We therefore had to start implementing feature switches and breaking our work down into ever smaller pieces. We also had to invest heavily to automate our deployment process.

As we matured our processes it became clear that this was indeed the right approach and we decided to move to a weekly release cycle. It still however resulted in “crunches” on a Friday, and it was immediately obvious to us what we needed to do next – continuous deployment.

By this time we had gotten pretty good at doing deployments. As our trust in our deployment process matured, it became obvious that the next step would be to deploy continuously. Up to this point, we had always deployed during off-peak hours but we were now confident enough in our automated processes that we started deploying during peak hours. At the moment we are deploying several times a day and we don’t even have to give it a second thought.

Once again it felt like we had been liberated! No more crunch times on a Friday. Changes went into production as soon as they were ready.

But what about sprints?

At around this time, we also started adopting SCRUM terminology and practices into our development. We introduced daily meetings to touch base with each other and identify who needed help.  We introduced weekly retrospectives to understand what we had accomplished during the past week and to plan the next week’s sprint. Although we were not following traditional SCRUM in the sense that we only deployed at the end of every sprint, we still found utility in implementing some of its principles.

If you have not yet implemented continuous deployment and applying modern Agile practices, do so immediately! You will never look back. Some of the key benefits that we obtained include:

As the saying goes, “there ain’t no such thing as a free lunch” or TANSTAAFL. In order to be successful in implementing some of the practices described above, you need to have some building blocks in place:

Generally our adoption of DevOps, Agile, Scrum and Continuous Deployment has been an overwhelmingly positive experience.  I believe that the main factors that contributed to this were the fact that we are a small team, the principles align well with what we had already been doing and we are not dogmatic about any of these philosophies.