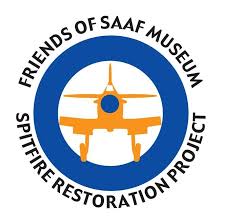 After 137 Spitfire MK IX aeroplanes originally arrived in South Africa in the late 1940s to serve in the South African Air Force (SAAF) until 1954, there are now only two of these vintage aircraft left in this country. One of them rests – in a flightless condition – at the Ditsong National Museum of Military History in Saxonwold, Johannesburg. The other, until recently, resided in bits and pieces in a large container after a spectacular, but fortunately not fatal, crash at an air show in 2000. Now, this iconic grand old lady of the skies is in the process of being restored, with a little help from local project management software company, Project Portfolio Office, and other friends.

This is according to Don Sutton, who is the project manager for the ambitious voluntary ‘Spitfire Restoration Project’, and Ian Grace, the project lead. Sutton says, “While they were produced too late in the 1940s to be used during World War II, a number of Spitfires were sent to South Africa and used in the SAAF up to 1954, when, as a piston/propeller aircraft, they were replaced by jet aircraft.

“On retirement, this particular Spitfire, serial number 5518, was the only aircraft of its type to be kept by the SAAF and she went through a full restoration to flying condition in the early 1990s. Sadly, due to an engine failure, this plane crashed on 15 April 2000, at an air show at Swartkop. The remains were salvaged and placed into storage. In 2015, the SAAF approved the restoration of this aircraft, of which we have 99 percent of the parts and components salvaged. The condition and serviceability of these parts will have to be determined.”

As project manager, Sutton is responsible for the development of the correct systems, procedures, governance and documentation of all project management (PM) outputs. He clarifies, “We have therefore aligned the project to the PMBOK principles, of project management and are also following the applicable ISO codes for quality and risk management. With the kind sponsorship of Project Portfolio Office, we are using its proprietary project portfolio management software, PPO to manage the project and provide the integration for the project management knowledge areas. We had considered using Google Drive for the storage of our documents, but there was too much information scattered on various people’s individual computer systems, as well as a large number of hard copy documents. Using the PPO tool will allow us to upload, categorise and store all project related documents in a central repository that can be accessed by the entire project management team from anywhere.”

Guy Jelley, CEO of Project Portfolio Office, says, “PPO is a locally developed online project portfolio management (PPM) and collaboration software suite that provides users with a visual, interactive view of the programme, project and governance framework, methodology and life cycle. As a long-term client and user of PPO, Sutton understands the advantages of the tool and decided to approach Project Portfolio Office with a view to our involvement in the restoration project. In light of this, we are very pleased to announce that we have provided the Spitfire Restoration Project with the use of PPO software and dedicated support, free of charge, as part of our corporate responsibility initiative to give back to the project management community.”

Project lead Ian Grace adds, “I became involved in the project through my friendship with retired SAAF Colonel Tony Smit, a former Officer Commanding the SAAF Museum, who was intimately involved with the Spitfire’s first restoration. We began lobbying for the Spitfire to be (restored, and after a number of presentations to the Museum Council, the Museum Council approved the restoration of the Spitfire and the management of the project was assigned to the Pretoria Branch of the Friends of the SAAF   to manage the project on behalf of the SAAF Museum.”

Sutton says this restoration is extremely complex and that it is likely to take 10 years to get the aircraft back into an airworthy state and ‘as original’. He clarifies, “Our partners include a number of local universities, as well as representatives from Denel and Aerosud. There is also involvement with other restoration facilities in the UK and the Isle of Wight, with more partners and/or sponsors expected to come on board further down the line, both corporate and individual. A further example is that a prominent construction company has offered to assist with funding and the erection of a purpose built hangar / workshop.

“As well as restoring Spitfire 5518, it’s our objective to also help grow and empower people during this project. By helping to develop restoration capability in the individuals who work on the project, we envisage being able to help them develop skills in the necessary aircraft trades to be able to fill roles in the SAAF as well as in private aviation companies and services.”

Grace clarifies that the endeavour is entirely voluntary and the restoration is 100 percent based on donated funding, with an estimated final cost of R85 million. “We have established a Non-Profit Organisation (NPO) to ensure everything is transparent and also remains auditable along with ensuring accountability. The NPO has been registered with SARS and any donation is exempted from tax.”

Jelley concludes, “Considering that there are only 12 surviving SAAF Spitfires internationally, of the original 137 that were once part of the SAAF, with only two of these remaining in South Africa, we can see that the historical value of this project is enormous. When you add in the educational factor of the project, and the fact that it is going to empower some of those who are involved in it to be able to work in the air force or the private aviation industry, we can really see the true value of this project management initiative. We at Project Portfolio Office are proud to be involved with this wonderful project that brings together history and heritage, as well as education and empowerment, in a truly heart-warming manner.”