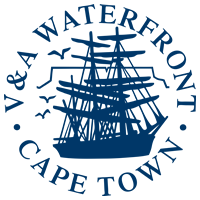 The V&A Waterfront is a mixed-use destination located in the oldest working harbour in the southern hemisphere. With Table Mountain as its backdrop, the 123-hectare neighbourhood is a symbol of heritage and diversity, welcoming millions of people from South Africa, the African continent and the rest of the world to play, live, shop, dine and work every year.

Rapid project execution a must for fast-moving retail environment

According to Shuaib Mohamed, fit-out manager at the V&A Waterfront, the PMO team operates within a fast-paced landscape, rolling out projects related to the development of both new and vacated retail stores, pop-up shops and more.

“This PMO team, which comprises seven other members including four project managers, two project assistants, and a data planning resource, looks after all fit-outs within the retail commercial space. There is a detailed process that needs to be followed for all incoming and outgoing tenant fit-outs,” he says.

In a typical refurbishment scenario for a vacated space, the team must revert this space back to a base white shell, with specific requirements including distribution boards, paint on walls, up until first fix services, and so on.

“This is really the first phase of the team’s activities,” Mohamed explains. “Once a new tenancy is secured, the fit-out team runs through the leasing discussion, and then initiates planning. This would involve generating a new base layout, bringing the required consultants on board to complete this. The white shell space is then handed   over to the tenant, and they will begin work on their specific fit-out procedure.”

Here, the PMO team runs through the introductory process, stipulating fit-out requirements for the incoming tenant, and starting discussions around the submission of their plans.

There are three phases of plan approval, namely V&A concept and technical phase sign offs and Local Authority sign offs. Once these approvals have been received, the tenant is able to execute the work onsite, and the PMO manages this from a landlord perspective to ensure that the V&A Waterfront’s regulations are adhered to.

“Throughout a tenant’s fit-out journey, a project manager is involved, managing, processing and documenting everything from inception right through to closure. As soon as a project reaches its end, there are then pre-inspections and local authority assessments, and finally sign off of the space so that trading may commence.”

Mohamed explains that, generally, a retail space takes around two months to reach full completion, while a food and beverage space fit-out extends over three to four months, depending on the extent of work. In addition, ad hoc projects can span between six to 12 months.

“Even in the case of a simple renewal, where an existing tenant signs on to stay in their space, this must be loaded and documented as a project due to the lease requirements, with certain areas that need verification. In fact, a renewal project alone can take up to a month to be finalised.

“Other more complex projects include churns, sub-divisions, and increasing spaces, as well as working with the development managers, tying into their vision for the different precincts.”

This small PMO team manages up to 150 projects on an annual basis, with each project manager looking after around 30 projects per year, and between five and 10 projects are on the go at any given time.

This massive portfolio was part of the reason that the fit-out team decided to look for a PPM tool, with a view to providing this multi-faceted process with more structure. Another necessity was the ability to deliver greater awareness for project managers around each small detail of every project through alerts, to ensure that no steps are omitted.

Prior to the implementation of PPO, the PMO had a base structure in place in terms of the filing of information. However, each project manager used their own method of archiving and documenting, increasing the risk of certain details not being loaded onto the main database.

In fact, Mohamed states, data collection has always been an issue for the project team because there was no standardised, centralised system, and over time, important data or documentation, such as plans, had been misplaced.

“As an organisation that has a very strong historical presence, it is critical that we maintain data and plans over time. Sometimes the knowledge is lost when businesses transition, or people move on, and the V&A Waterfront has a very strong focus on retaining this type of information.

“Our requirement was thus for a single, central place for the fit-out team to save its methodologies, templates, governance plans, notes and documents for the sake of future projects.”

PPO becomes a way of life

The PPO tool was initially brought to Mohamed’s attention by a colleague, following which he downloaded the tool’s free trial. “On looking into the PPM tool, we could clearly see the ‘nice to haves’, but wanted to do the proper investigation as it seemed to be almost too good to be true. However, once we engaged with Project Portfolio Office, it became evident that one of the other standout benefits of PPO was the ability to configure the system to match our very specific way of operation and our unique business needs.”

The V&A Waterfront fit-out team initially looked at PPO in 2020, and began development in January of 2021, with the team officially beginning to use the tool in April this year.

“PPO has become a hot topic of general discussion around the office – it is now an intrinsic part of our day-to-day life, and everyone is seeing the benefits. The move to PPO has been a real eye opener; in particular having to take each step of a project and document it on the system, as it has brought greater awareness to the sheer amount of work that is achieved with each project.”

“PPO has allowed us to set out our entire project lifecycle, creating a standardised method of project delivery and a centralised platform in terms of templates. It has proven itself to be a very powerful tool in the sense that its reporting dashboards and mechanisms are excellent.”

The perception of the fit-out PMO’s delivery has changed within the business, adds Mohamed, with very positive feedback being received from exco-level. “Our senior stakeholders love the way that the reports are set out, and reporting is now done very quickly and easily across the different precincts.”

“Solid planning and effective time management are critical requirements for the successful delivery of projects, and PPO has allowed the V&A Waterfront fit-out PMO team to create all of the necessary tasks, deliverables and milestones within the system,” adds Guy Jelley, CEO and co-founder of Project Portfolio Office. “The repetitive nature of these projects has allowed the PMO to create templates that automatically trigger activity alerts for project managers based on the type of project. This includes real time e-mail alerts of project events as they happen as well as scheduled alerts, reports and dashboards based on pre-defined parameters.”

Says Mohamed: “The change management process over this time has been critical, and all team members have been involved, with decisions being made based on consensus. The fact that the entire team was able to provide input into the customisation of the system definitely made it easier to grasp and take on board.”

While the PPO rollout has involved a serious amount of change, Mohamed maintains that the collective mindset of the PMO is positive. “The strength of this team is that each member has the same end goal, and everyone wanted to make it work. The transition to PPO, even for those project managers who have worked differently for more than a decade, has become easier and easier as we have progressed.

“I believe that taking a dictatorial approach to onboarding the team was not the way to go, as early buy-in is a requirement within the process and each member must be able to work as a unit, learning and growing together.”

PPO’s agile implementation approach has worked well for the V&A Waterfront project team, based on this approach of unanimity, explains Jelley. “PPO’s implementation progress is closely tied to the approval process, so in this case, team consensus must be reached before the rollout can move on and new capabilities added. This is important for the improvement of adoption rates and also sustainability into the future.”

The next phase for the fit-out PMO will see the evolution of certain documentation within PPO over the following three to six months. Following this, proper cost reporting and procurement will be included within the PPM tool. In addition, the V&A Waterfront’s development team is now also now moving onto PPO, and the minor development project template will then be completed.